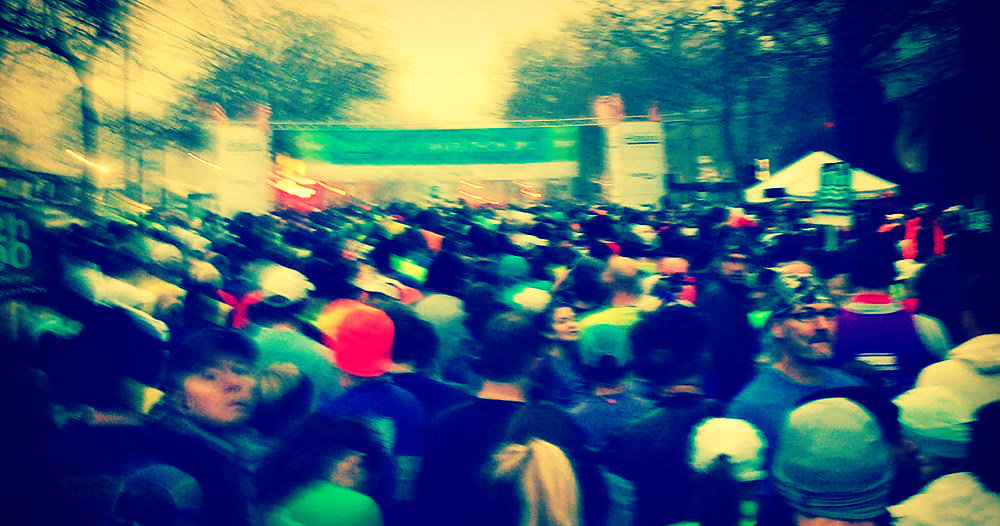 Running through the downtown core in the fog, the streets filled with runners, felt like a zombie apocalypse...

Running in the cement confines of the I-90 tunnel was a kind of sensory deprivation. Felt like a giant treadmill. Guy with megaphone shouting “full marathoners to the left, half marathoners to the right” was echoed and muffled from the first part of the tunnel….and again evoked a zombie apocalypse.

Aid stations! Everywhere! So many of them. What the heck!!? This is definitely no Tough Mudder. — I didn’t need to carry water or GU. They had plenty, all the time, everywhere.

People I talked to cautioned about the hills at Madison and Interlaken. They were tough, but not bad. It’s no Tough Mudder. The energy of the other runners carries everyone forward.

By the way, what a beautiful city! Interlaken is beautiful.

Sign says “You’re almost there.” Another says “That’s what she said”.

Down the hill past Row House, one of my favorite cafes.

Text message: Will and Sarah had their baby! </handwriting> 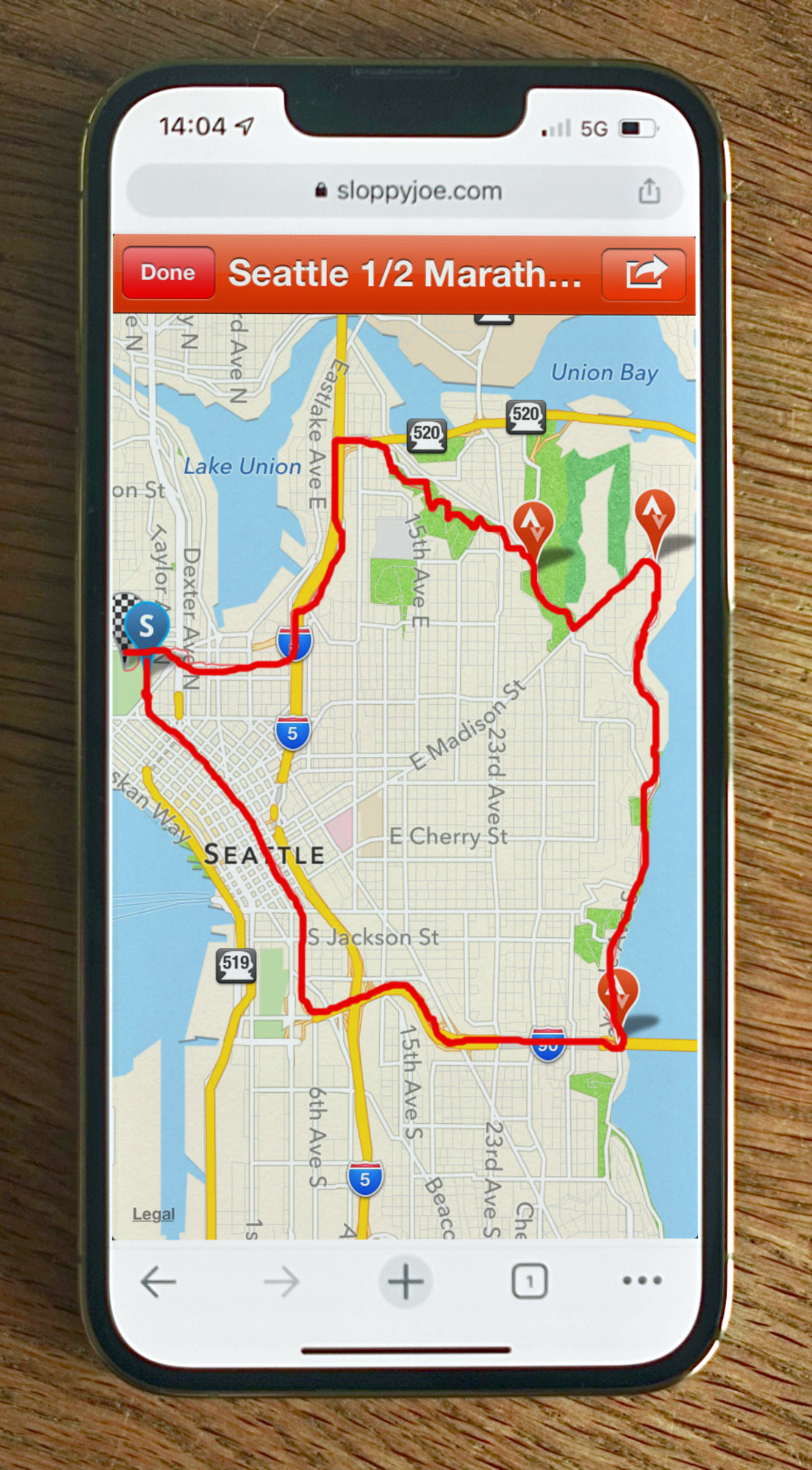